You'll never serve a dry chicken breast again.
Sous vide, a French cooking technique, has a rich history that spans more than 40 years. This cooking method has enjoyed a surge in popularity over the last several years, in part due to televised cooking competitions and the use of it by celebrity chefs. If your restaurant hasn’t embraced sous vide cooking, now’s the time. Sous vide offers multiple benefits for professional kitchens, but it’s important to look at all the pros and cons when deciding how to incorporate this technique into your daily routine.

The French phrase “sous vide” translates to “under vacuum,” and in relation to cooking, this technique actually traces to three sources: two French chefs and one American retired Army colonel. In 1968, Colonel Ambrose McGuckian oversaw a regional study to improve the quality of hospital food service while keeping costs at a minimum. After studies, Colonel McGuckian determined that sealing food in a plastic pouch and then cooking at a specific temperature in a water bath, he could achieve great flavor and streamline production costs.

However, for our modern restaurants, the “fathers” of the sous vide process are Chef Bruno Goussault and Chef Georges Pralus. Both developed the sous vide cooking technique individually but later worked together to refine the process. Chef Goussault began his sous vide journey of discovery in 1971 when seeking another way to create more tenderness in roast beef. Just a few years later in 1974, Chef Pralus found that foie gras wrapped in plastic while it cooked, sous vide style, was a key way to reduce shrinkage of the fatty liver.

After their individual discoveries with the fine art of sous vide cooking, Chefs Goussault and Pralus worked together, along with the plastic manufacturer Cryovac, to refine the method even further. Today, chefs worldwide as well as savvy home cooks rely on sous vide cooking for flavorful dishes cooked in a temperature-controlled water bath with little hassle.

Sous Vide 101: Breaking Down the Process

The term sous vide (pronounced sue veed) is a specific cooking technique where food is placed in a plastic pouch, vacuumed-sealed, and then heated to a precise temperature in a water bath. With this method, it’s all about the controlled temperature, whereas other cooking techniques rely on certain timing.

Sous vide equipment starts with a commercial vacuum sealer and vacuum bags. A commercial vacuum sealer is a valuable tool for your professional kitchen. Use it when sealing bags for sous vide cooking as well as for marinating and storage. Polyethylene vacuum bags must be sturdy—always avoid cheap plastic that has the potential to leach harmful chemicals into the food.

A large, plastic food tub, box, or container is the next piece of essential equipment needed. There are many options, but consider a 12-quart polycarbonate container because it’s sturdy and yet lightweight. This tub/container is for the water bath and immersion circulator. The immersion circulator is key. This is the equipment that circulates the water through heated, metal coils at a steady temperature to ensure your food cooks perfectly every time.

Benefits of Incorporating Sous Vide Cooking in a Professional Kitchen

Choosing to incorporate sous vide cooking in your professional kitchen provides many benefits and can positively impact the success of the restaurant. Here are just a few of the benefits you'll notice right away:
With sous vide cooking, those expensive cuts of meat are going to come out perfect every time without having to babysit the protein. This frees up time to attend to other tasks. Because of the immersion circulator design, the water remains at the temperature that’s selected - it never boils or cools. In a busy professional kitchen, this cooking technique allows you to thoroughly cook foods early and then finish in a hot pan before plating.

The process also eliminates the need to slice into the meat or poke it with a thermometer, sacrificing juices just to check for doneness. Your restaurant guests will love chicken, roast beef, pork, and more prepared via the sous vide technique specifically for the moistness it brings out. You'll never serve a dry chicken breast again. 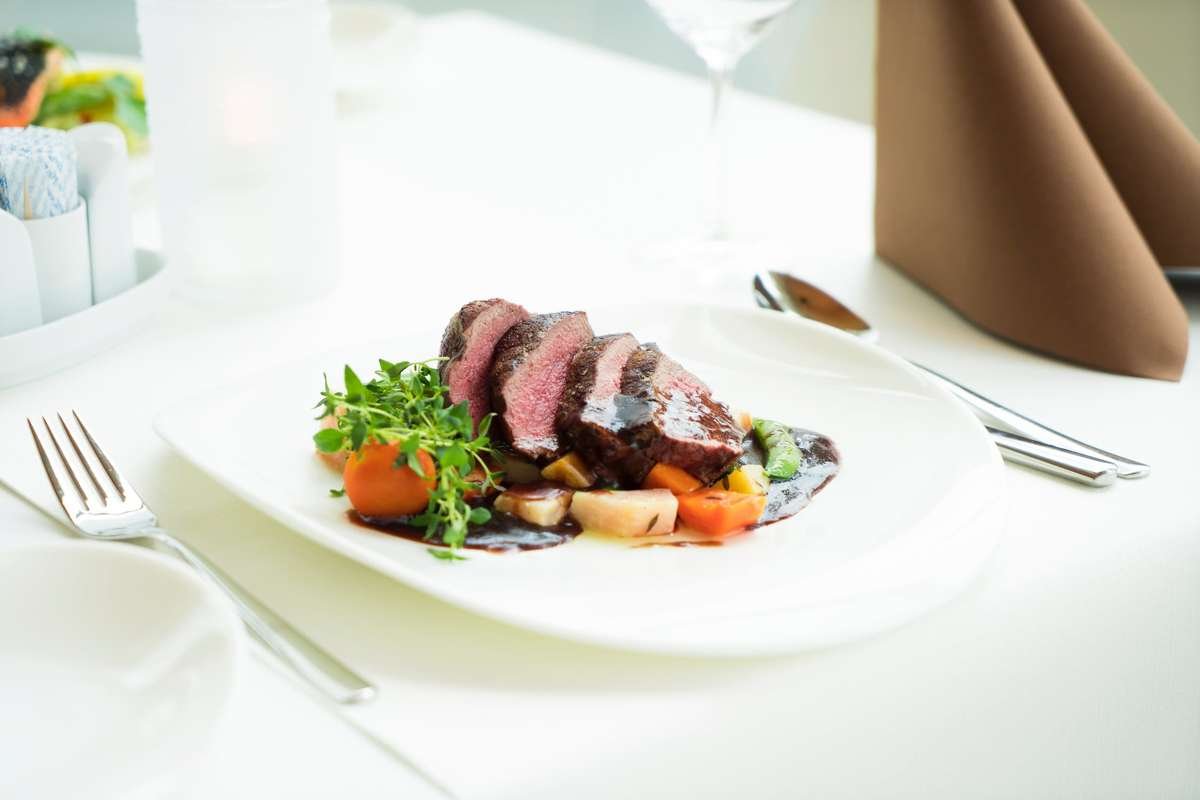 As we've discussed, the benefits of the sous vide cooking technique are numerous. However, the main drawback may stem from what otherwise is considered a benefit—the ability to walk away and let the water bath do its work. This particular cooking style simply lacks the artistry of other methods. There’s no tasting and adjusting spices while cooking. No smelling. No touching. It's just vacuum seal, immerse, and walk away.

Another potential drawback is that certain flavors may come out too intense. For example, seasoning with lavender or even bay leaves may result in a flavor that’s strong and unpleasant. It’s important to remember that certain spices and flavors will be even bolder with sous vide cooking.

Not Just for Entrees

While it’s the perfect cooking method for the tenderest, most juicy, and intensely flavorful chicken breasts ever, sous vide cooking is not just for entrees. It’s truly a versatile technique that’s worth the investment in the equipment for your professional kitchen. With the sous vide method, perfectly prepare everything from meat, poultry, and seafood (yes, even lobster!) plus vegetables, fruits, and eggs. You even can use it to temper chocolate for making candies, topping desserts, and for dipping strawberries and other fruits.

The process of sous vide cooking is not fast, and it does require patience. However, it’s worth the wait. For falling off the bone turkey legs, expect a sous vide cook time of 90 minutes, while chicken breasts typically need a bit longer with a full cook time of two hours. A medium rare steak needs 90 minutes, but tougher cuts of meat may take anywhere from eight to 16 hours. Plan for an hour for pork chops and 30 to 40 minutes for seafood, depending on the type. Scallops cooked sous vide, on average, take 35 minutes.

If your professional kitchen doesn’t have the equipment to indulge in the sous vide cooking technique, consider it today. The benefits of sous vide cooking for a restaurant are many, in particular, the method’s versatility and ability to infuse foods with big flavor without a huge hassle. Your customers will love the consistently delicious foods and you'll love how easy it is.

Want expert advice? Get in touch with us! We're happy to help answer any questions you may have about sous vide machines or any other commercial kitchen equipment.
Recent articles